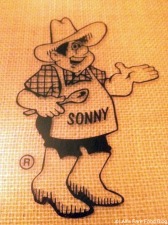 I have been forever spoiled for all other barbecues because of Pat’s Rib Place. I really wanted to like Sonny’s Barbecue in Lakeland, Fla. I really did. After protesting for years to go with my brother, I finally convinced my hubby and father-in-law to check it out after a day at Disney’s Hollywood Studios and before our drive back to Tampa.

During my teen years (well before I became a barbecue fan), I refused to eat anything barbecue. My brother still regrets not just going to the Sonny’s near Kissimmee and just having me fend for myself as a picky eater. Alas, we ended up – probably – at some chain restaurant for a generic hamburger or sandwich instead.

In some sort of repentance for my young naivety, I tried to make up for my misdeeds and check out this barbecue joint that has been on my brother’s wishlist for years. Sadly, I can’t say it would live up to the pedestal that he has placed it on. So let’s take a closer look…

Sonny’s Real Pit Bar-B-Q was founded in 1968 by Floyd “Sonny” Tillman in Gainesville, Fla. Today, there are 128 restaurants in nine states including Florida, Georgia and Tennessee.

Wooden booths line the restaurant, which has a country-kitchen type of feel with knickknacks on the walls and old photos in the frames.

Sonny’s ‘Garden of Eatin’ is an all-you-can-eat spot for the greens-lovers in your party. There are 30+ items to fill your tummy. 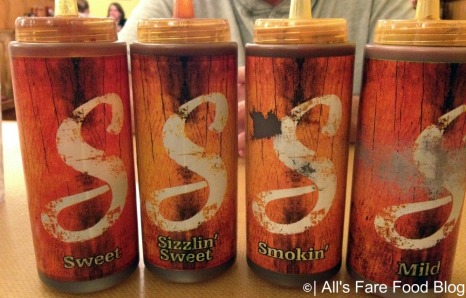 Sonny’s has four different sauces – sweet, Sizzlin’ Sweet, Smokin’ and Mild. You can buy them online if you want to bring the taste home with you.

We started our meal off with the fried corn nuggets – creamed corn that is battered, then fried and served with a little powdered sugar on the side. These were okay but I was hoping for a little more from them. Once they started to get cold, there was no chance for redemption. 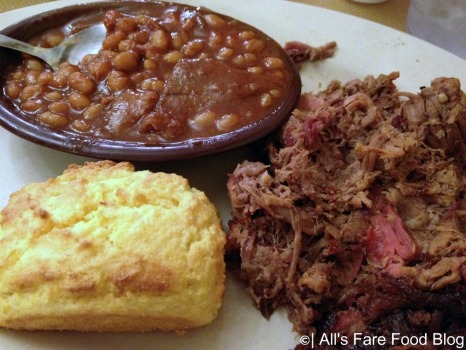 I opted for the slow-smoked pulled beef brisket with barbecue beans and corn bread. I don’t know what it is lately – but food just isn’t coming out piping hot anymore. I was much too tired and famished from a day of park hopping to even complain.

The mac ‘n cheese – while it was called ‘homemade’ on the menu – had a nondescript plasticky cheese flavor and was starting to congeal by the time it made it to the table. 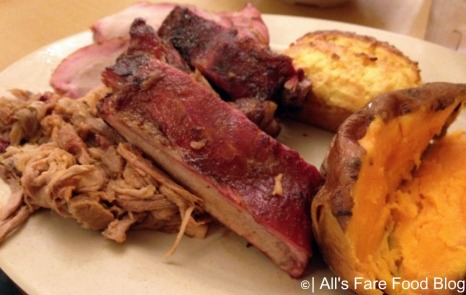 Hubby ordered the pork 3-ways with pork ribs, pulled pork and sliced pork with a side of cornbread and sweet potato. He noted that it was fatty and cold with no smoky flavor. Just a disappointment.

The cole slaw was your standard cabbage and carrot mixture.

This Sonny’s location also had a drive-thru to satiate your barbecue needs.

I’m so sad that this meal didn’t live up to my expectations (or those of my big brother’s). I really really wanted to like it, especially since so many other people seemed to be enjoying their meals. Even the service was lackluster.

Sigh. Maybe I just needed my big brother with me to enjoy it?