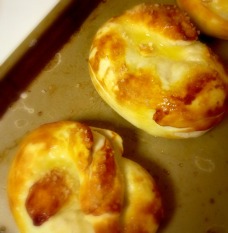 Growing up in Milwaukee, one of my fondest memories was the constant smell of yeast from the breweries that just permeated the air.

But one of the best yeast smells from the Brew City was whenever we drove on I-94 going toward downtown Milwaukee. Just east of County Stadium, what now is Miller Park, there was a little brown brick factory nestled next to one of the off-ramps. I remember driving by with my mom, who would always have her window cracked just a bit whenever we drove (a little thing I need to do now whenever I’m in the car), but as we got to this brown building – with its towering chimney and the white plumes of smoke hovering over the Menomonee Valley, she would open all of the car windows to let in the vibrant scent of yeast. It just filled the entire car and I inhaled the effervescence with pure joy.

That brown factory building was home to Red Star Yeast company. In 2001, the company was sold to a French firm and in 2004 a joint-venture took it over. Today, while Red Star Yeast no longer is manufactured in Milwaukee, there are still factories in Alabama and Iowa. But the Red Star corporate headquarters remains on Milwaukee’s west side near Wisconsin State Fair Park.

This whole nostalgic trip down memory lane all happened one day while I was in the baking aisle of the grocery store and happened to glance at a little yeast container with a red star on its label. I flipped it over and saw Milwaukee, WI and suddenly became overwhelmed with a sense of pride, but even more a sense of longing for my hometown and some of the great things that I have left behind in the past year since moving back to Massachusetts.

I excitedly tried to tell my husband about the smells along I-94 when driving with my mom but he looked completely befuddled as other grocery store customers were giving us strange glances. He remarked, “Are you gonna buy that or not?” I hesitated and then said, “Yes. I am.”

It’s been nearly 20 years since I first and last cooked with yeast. I remember it pretty fondly – the home ec rooms at Whitman Middle School in Wauwatosa. One of the recipes we were assigned to make in our seventh grade class was baked pretzels. It was with that thought that I wanted to go back in time and recreate some of those better memories from my Milwaukee days’ past.

So today I bring you this recipe for Baked, Buttery Pretzels…

You will also need

How to Put it Together 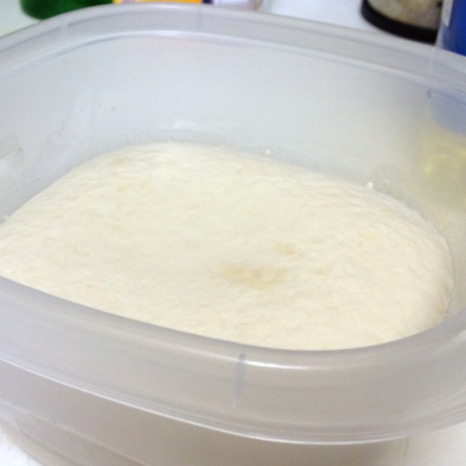 In a small bowl, dissolve yeast and 1 teaspoon sugar in warm water. Let stand until frothy and creamy, about 10 minutes. (This process is called blooming. It’s where the yeast begins to activate so it will make your bread product rise.)

In a large bowl, mix together flour, 1/2 cup sugar and salt. Dig a little well in the center; pour in the oil and yeast mixture. Using a mixer with a dough hook, form into a dough. If the mixture is dry, add one or two tablespoons of water. (I actually needed about 5 extra tablespoons of water. I think the air may have been really dry in our apartment.)

Next, knead the dough until smooth, about 7 to 8 minutes. Lightly oil a large bowl, place the dough in the bowl and turn to coat with oil. Cover with plastic wrap and let rise in a warm place until doubled in size, about 1 hour.

Once the dough has doubled in size, preheat oven to 450 degrees. In a large bowl, dissolve baking soda in hot water. Turn dough out onto a lightly floured work surface and divide into 12 equal pieces.

Roll each piece into a rope (about the size of a ruler) and twist into a pretzel shape. Once all of the dough is all shaped, dip each pretzel into the baking soda solution and place on a greased baking sheet. Sprinkle with kosher salt. Bake for about 8 minutes or until browned. 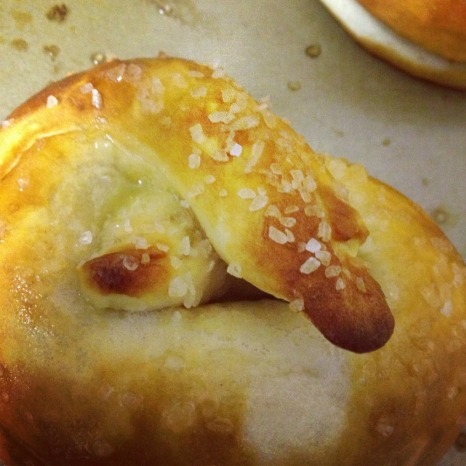 After removing from the oven, brush some melted butter over the tops of the pretzels. Serve immediately with dipping sauces (like mustard) or eat plain. Instead of salt, you could dust these with a light coating of cinnamon and sugar for a sweet treat.