One of the things I love the most about living in Boston is the history. It’s a city that’s rich heritage dates back to the 1600s when Puritan colonists from England were seeking a new life.

There’s no way around avoiding the city’s history and heritage. Take for instance The Freedom Trail. A red line that dots its way around downtown along cobblestone paths, passing historic churches and homes, and intersecting with 21st Century life.

A few weeks ago, we traveled the northern part of the trail around the North End (Boston’s “Little Italy”) and up towards Charlestown’s Navy Yard to visit the USS Constitution near Bunker Hill.

OK, so why the history lesson, you ask?

Well, even on an old battleship like the Constitution, you can find some great food finds! 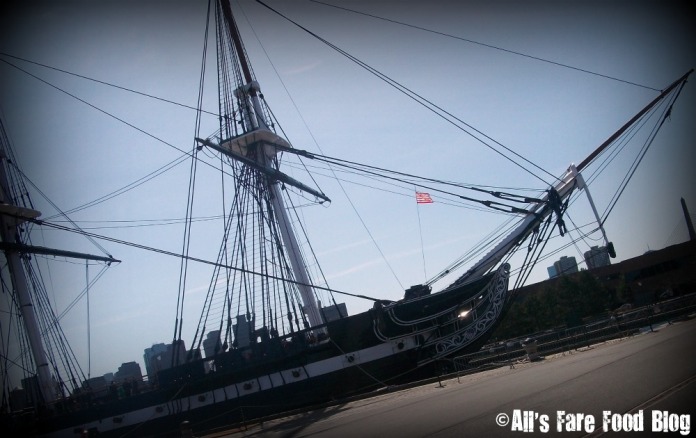 The USS Constitution, or “Old Ironsides,” is most famous for her brave gallantry on the high seas during the War of 1812. She was nicknamed “Old Ironsides,” not because her hull is made of iron, but because the British ship that she went up against, the HMS Guerriere, could not sink her. As the story goes, a sailor was heard yelling “Huzzah! Her sides are made of iron,” and the rest is history. The ship resides today in the harbor of Charlestown’s Navy Yard.

You can tour the ship daily for free. Be sure to ask your guide where the sailors went to the bathroom on the ship. I was surprised by the answer, maybe you will be, too. 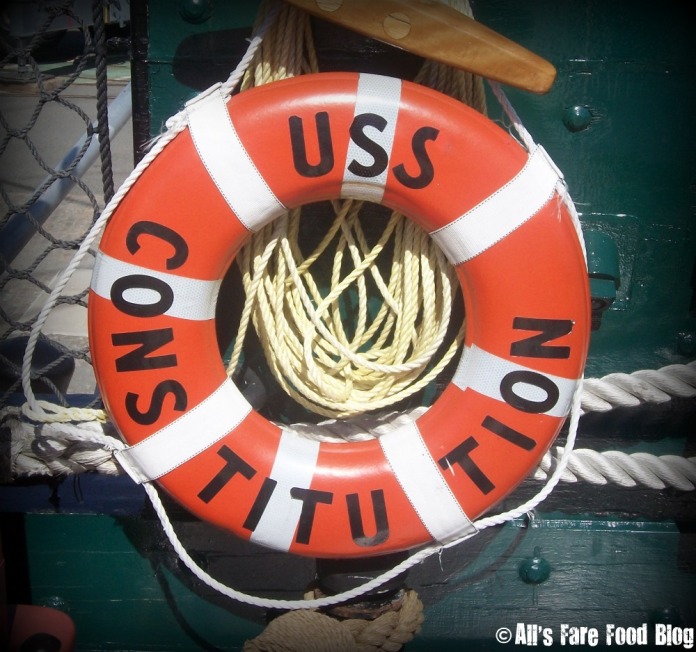 I’ve been on the Constitution tour several times and I always seem to learn something new. This time I was surprised to learn a little about food when I got to the gift shop. 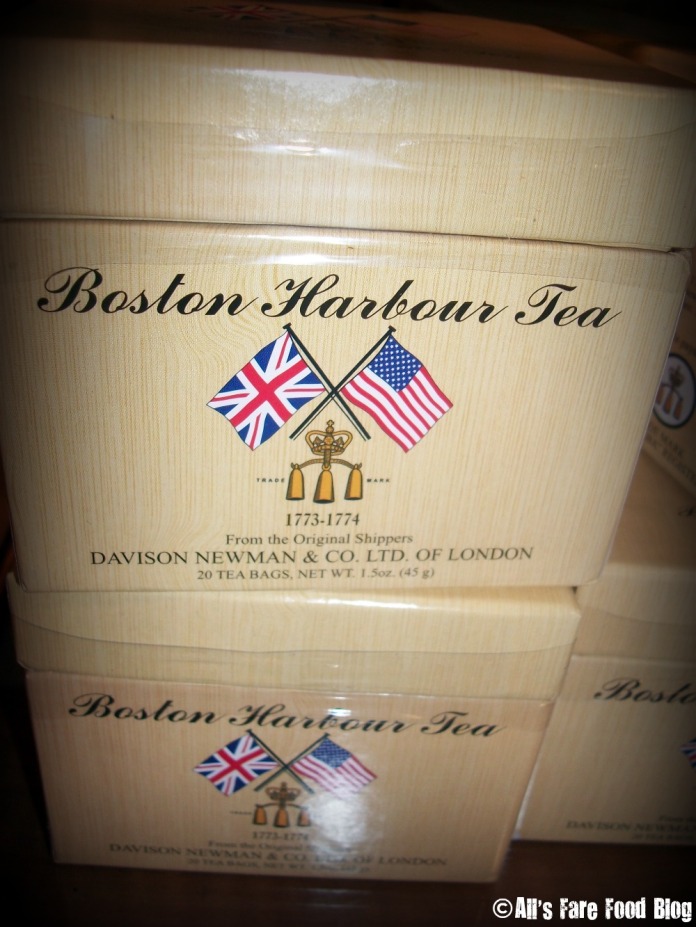 If you paid any amount of attention in history class in high school, you learned a little something about the Boston Tea Party. Well, you can buy a little piece of that nostalgia in the shop with “Boston Harbor Tea.”

Above is another version of the Boston Harbor Tea that comes all the way from England.

You can even find miniature tea sets for sale. These are so cute! They remind me of a little set that I had as a young one. Just perfect for those teddy bears parties!

One of the coolest finds in the store was this Revolutionary War-era recipe book. It includes recipes for corn pone and Martha Washington’s fancy chicken fricassee. Scattered throughout are stories of what soldiers endured during the war, as well. 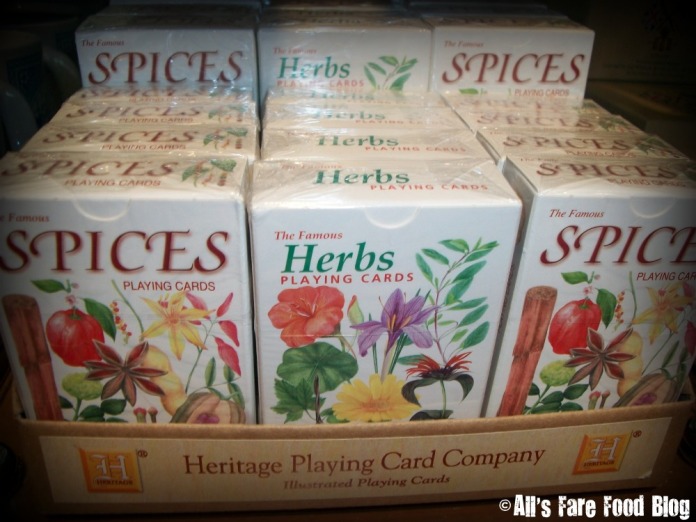 And finally, a cute and fun little treat to the shop were these herbs and spices playing cards. Just makes you think of the East India Trading Company, eh?

One thought on “A Tour of the USS Constitution”