When it comes to regular sodas I am a Pepsi girl all the way – ever since I was a little kid. But when it comes to diet sodas, I do enjoy the occasional Coke Zero every now and again.

Recently, a cool new product debuted in the Boston area at Kelly’s Roast Beef locations. The Coke Freestyle is a touch-screen soda fountain that was introduced by Coca-Cola in 2009.

From this beverage station you can enjoy more than 100 different flavors of Coke products from Diet Coke with lime flavoring or Dasani water with vanilla. You can also get obscure beverages that were only available in foreign markets like Orange Coke.

I first learned about the Coke Freestyle machines from a report on the Disney Food Blog. 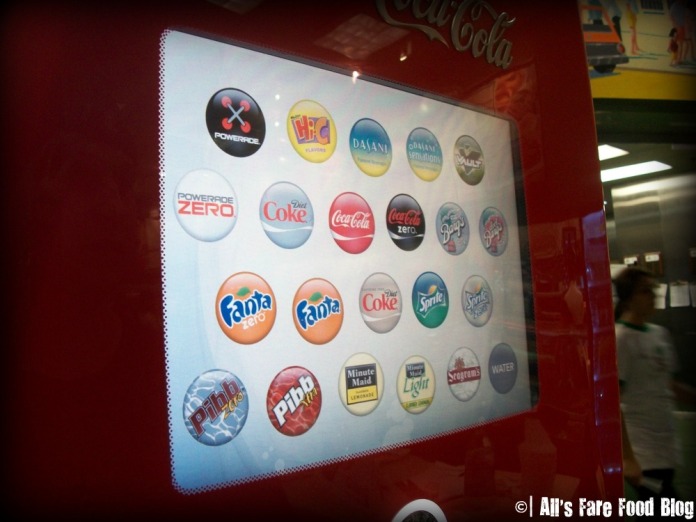 Pictured Above: The display screen shows all of the base flavors that you can select from like standard Coke or Diet Coke, to Fanta, Powerade and Minute Maid lemonades.

I recently tested out the Coke Freestyle machine at Kelly’s and here are my initial reactions: 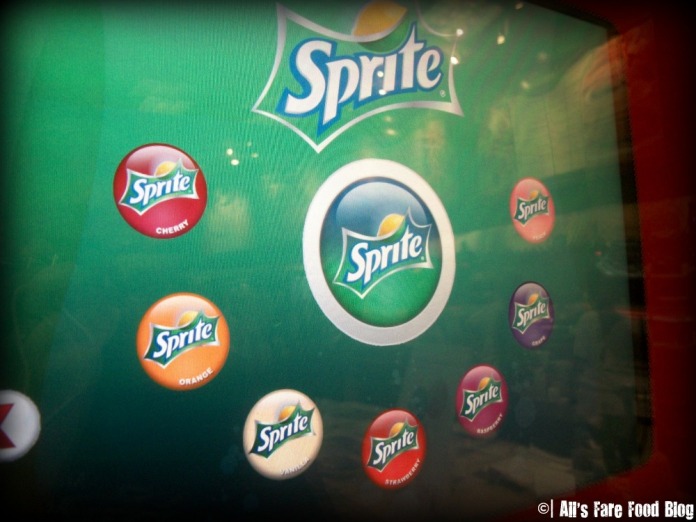 Pictured Above: My hubby Brett opted for Sprite so this is the screen that he saw with his flavoring choices: regular Sprite, or cherry, orange, vanilla, strawberry, raspberry, grape and peach.

My first time up to the machine I enjoyed a Coke Zero flavored with cherry. As the beverage poured into the cup, you could see two definitive streams. How the streams don’t cross-contaminate one another, I don’t know. But, it’s pretty cool. The second time around, I enjoyed Mr. Pibb Zero – a beverage I had never seen offered before.

One of the cool technology aspects about the Coke Freestyle machines is that they communicate back to Coca-Cola HQ in Atlanta using RFID chip, or radio frequency identification. They are able to figure out what flavors and combinations are the most popular, and help with resupplying needs. 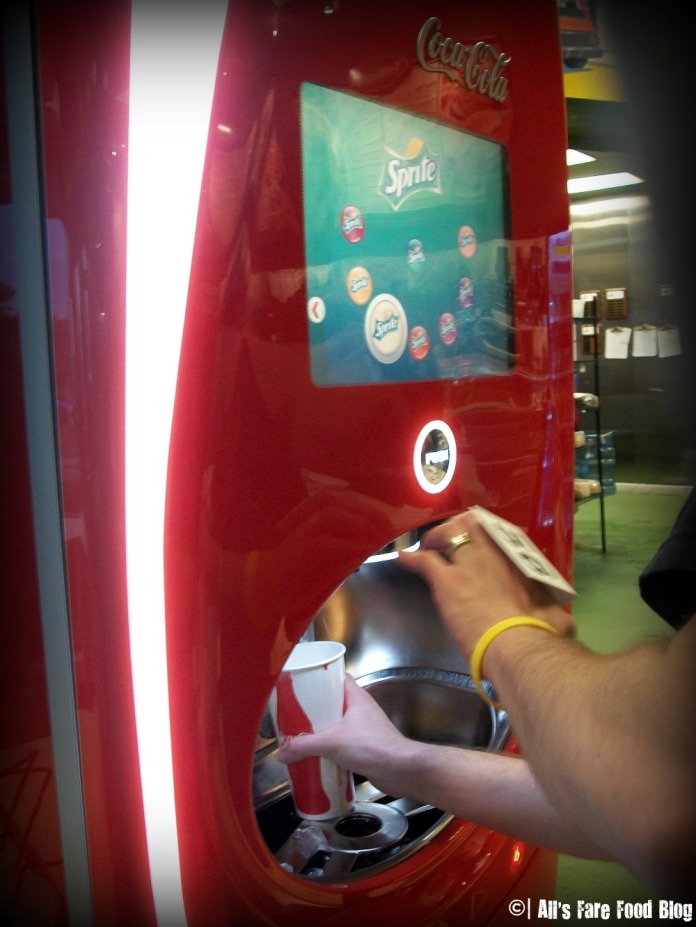 Pictured Above: Filling your drink on the Coke Freestyle machine is as simple as pushing a few buttons on a touch screen.

The Coke Freestyle machines, as of June 2011, were available in 600 stores in 50 markets across the country, including some Wendy’s, Fuddruckers, Five Guys and Dairy Queen outlets.