This is a really simple recipe that I created with ingredients we already had in the fridge and cupboard for a delicious meal using that other white meat. This is designed for two people but you could easily double it for a family dinner for four.

Preheat your oven to 350 degrees. In a bowl, combine the maple syrup, brown sugar, soy sauce, cinnamon and salt and pepper until blended.

In an 8×8 square baking dish, spread the apple sauce in the bottom of the dish. Season the pork on both sides with salt and pepper and lay on top of the apple sauce. 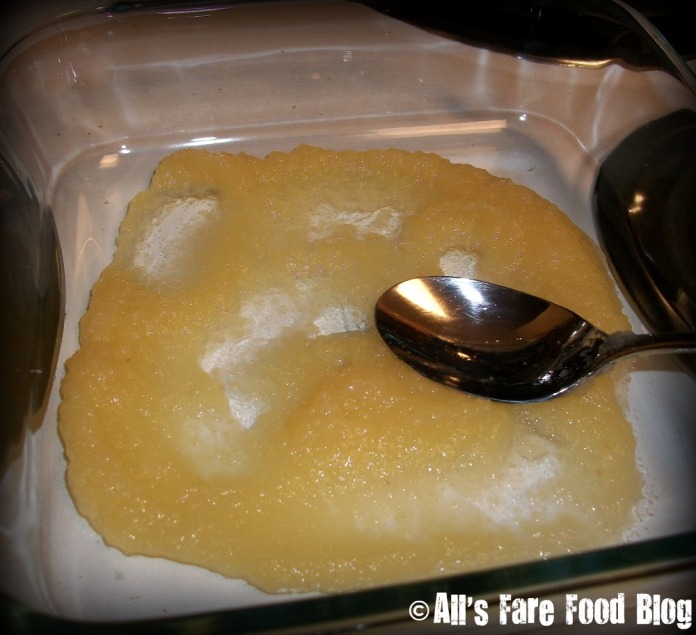 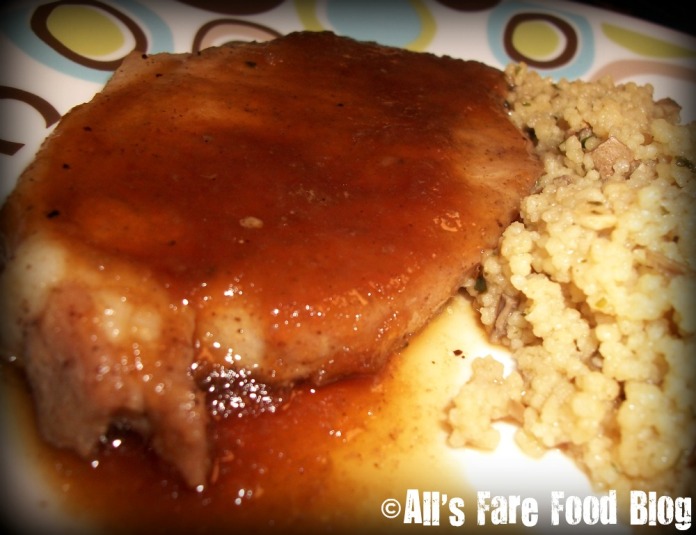 Before serving, cover the pork with the glaze that has formed from the apple sauce and the sugar, syrup and soy. Serve with your desired fixin’s. We thought it paired really well with baked sweet potatoes using America’s Test Kitchen’s recipe.