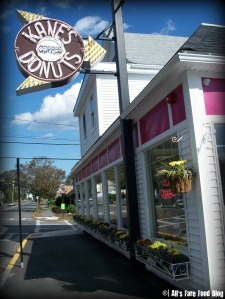 Living in New England you become accustomed to seeing a Dunkin’ Donuts on every other corner (if not every corner). It almost feels like heresy when you step into another donut establishment. However, that isn’t the case when you walk into Kane’s Donuts in Saugus, Mass.

Located off the beaten path on Boston’s North Shore, Kane’s Donuts has been frying up doughy goodness since 1955. It’s even been recognized by Travel Channel as a “Donut Paradise.

“Bon Appetit” magazine has also recently named Kane’s Donuts one of the Top 10 Places in the U.S. for Donuts. So let’s take a look inside:

The glass display cases are full of sweets and baked goods. You can find slices of pizza, as well as Kane’s famous jumbo 32-ounce cinnamon roll.

The wall behind the registers is covered with a ginormous variety of donuts. Try and pick just one. Go on, try.

We tried to pick just one but ended up with an entire box one Sunday morning. (P.S. Kane’s opens really early – 3:30 a.m. every day – so even if you work the third shift, you won’t miss out on these great treats.) 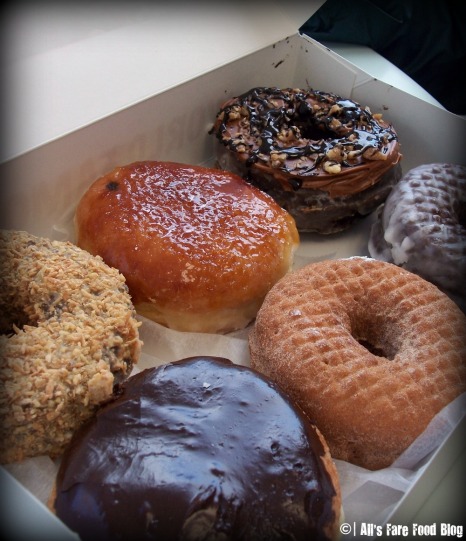 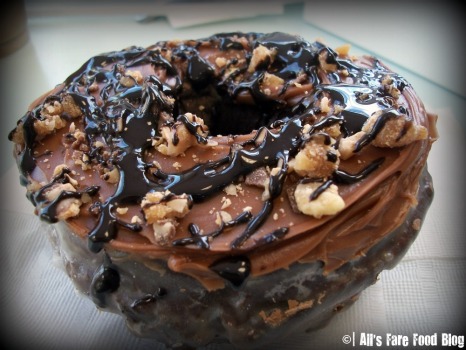 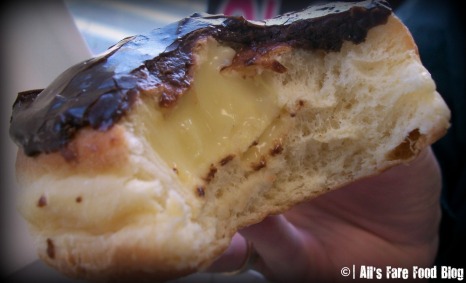 Brett’s Boston Creme out-did any other Boston Creme out there (and he’s a HUGE DD Boston Kreme fan). The yeasty donut is filled with a smooth vanilla creme and then a chocolate glaze. (Tip: Ask to have them warm it up for you if you want an extra special treat.)

Take some time to look at the accolades that line the walls of the restaurant.

Trays of freshly made donuts are ready to make their debut in the display case.

Overall, it’s dangerous that I now know where Kane’s Donuts is located. Yet, it’s still far enough that I can’t manage to make it every day. But for a once a month weekend treat, Kane’s Donuts is a great retreat from the mass-produced baked goods from those other guys.